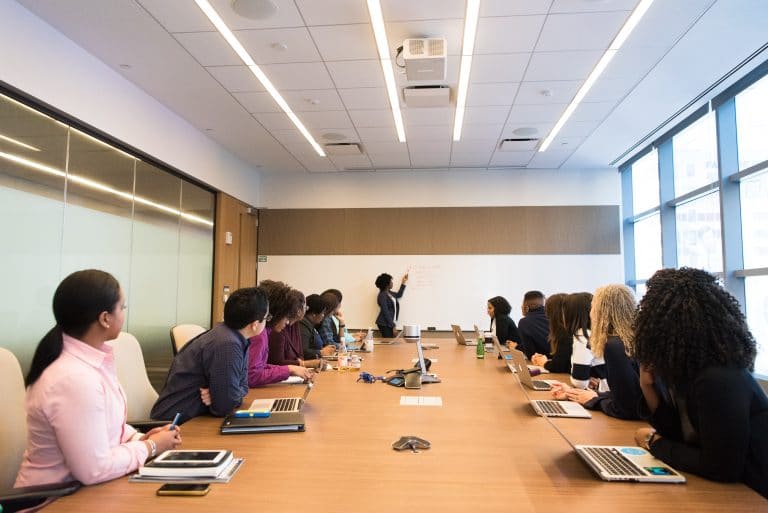 In my career as a consultant, I have had the privilege of sharing what I do via live or online workshops. Often, after the event, the dreaded question of ‘did the workshop generate any sales’ comes up. My answer to this question often has been ‘no, not directly’ and then the conversation moves on.

Recently, I realized having had the benefit of looking back a couple of years and actually linked sales to seeds of what was done earlier.

During a networking event, a former client contact and I were talking about a breakfast roundtable I had organized a couple of years ago and commented that it was really great content and that he remembered the interaction was valuable. Then, he asked the question – ‘so did you get any business out of it’. I quickly responded in my same old pattern of ‘no, but it was fun to do’. Later that week, however, as I was working on something totally different and while speaking of a case study, I realized that the client was one of the attendees of the breakfast roundtable!

Is it possible that he would have been a client regardless of the breakfast? Possibly. I am sure that for a high 5 digit project and potentially more work in years to come, our 1 hour breakfast workshop was not the only reason that the client decided to buy from us. There were also things like a personal relationship and multiple proposals that we didn’t win which all paved the way.

That brings me to the “Know, Like, and Trust” factor in business. So, our breakfast, along with multiple meetings and prior proposals all served the purpose of enhancing these factors to the point that we became the only viable choice in the client’s eye at that point in time.

So, should you spend the time on a workshop? The answer is ‘Yes’. But is it necessary to generate business right now? Likely ‘No’. Many of my colleagues who are experts in their specific subject matter are frankly too busy to work on a workshop. So, they don’t have the bandwidth to share their ideas with more people than the immediate ones they are working with. For the rest of us who can make time in putting out information to help reach a wider audience than our immediate clients, I say it’s not only rewarding in sharing knowledge with others, but also super sweet to enjoy the fruits of our labor.

We use cookies on our website to give you the most relevant experience by remembering your preferences and repeat visits. By clicking “Accept”, you consent to the use of ALL the cookies.
Do not sell my personal information.
Cookie settingsACCEPT
Manage consent

This website uses cookies to improve your experience while you navigate through the website. Out of these, the cookies that are categorized as necessary are stored on your browser as they are essential for the working of basic functionalities of the website. We also use third-party cookies that help us analyze and understand how you use this website. These cookies will be stored in your browser only with your consent. You also have the option to opt-out of these cookies. But opting out of some of these cookies may affect your browsing experience.
Necessary Always Enabled
Necessary cookies are absolutely essential for the website to function properly. These cookies ensure basic functionalities and security features of the website, anonymously.
Functional
Functional cookies help to perform certain functionalities like sharing the content of the website on social media platforms, collect feedbacks, and other third-party features.
Performance
Performance cookies are used to understand and analyze the key performance indexes of the website which helps in delivering a better user experience for the visitors.
Analytics
Analytical cookies are used to understand how visitors interact with the website. These cookies help provide information on metrics the number of visitors, bounce rate, traffic source, etc.
Advertisement
Advertisement cookies are used to provide visitors with relevant ads and marketing campaigns. These cookies track visitors across websites and collect information to provide customized ads.
Others
Other uncategorized cookies are those that are being analyzed and have not been classified into a category as yet.
SAVE & ACCEPT
We are using cookies to give you the best experience. You can find out more about which cookies we are using or switch them off in privacy settings.
AcceptPrivacy Settings